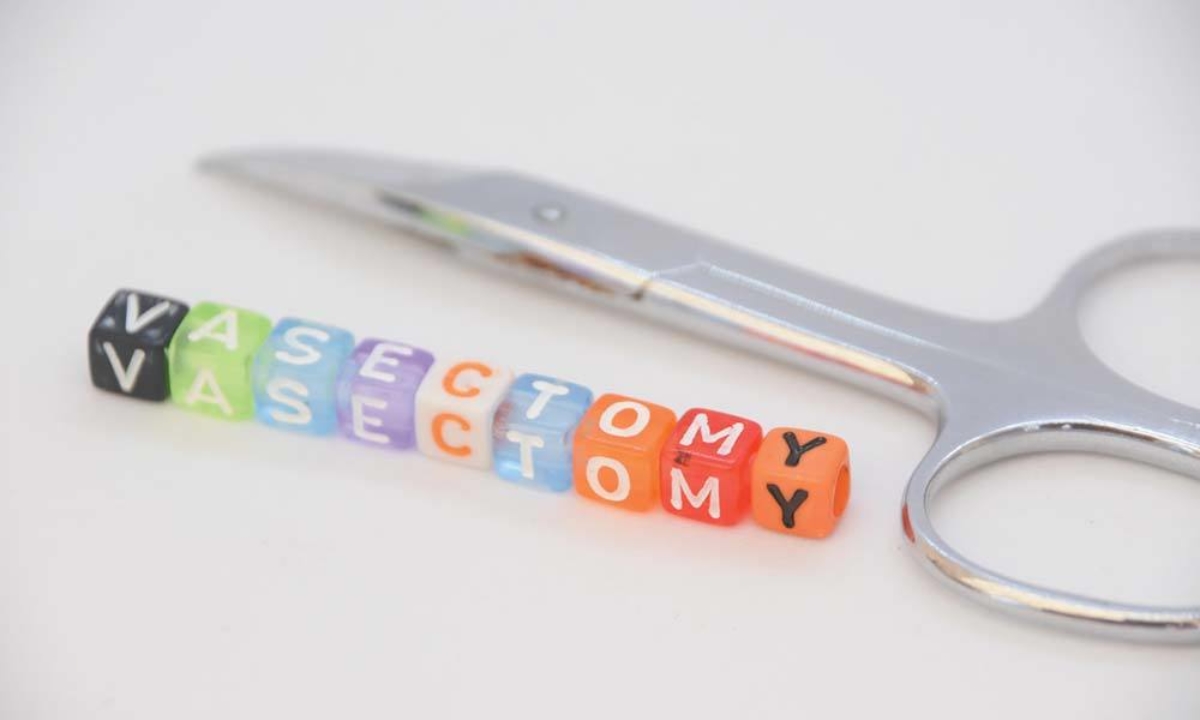 The decision to have children is a complex one, full of uncertainty and sacrifice. But it provides the chance to bring tremendous amounts of joy into your life. Couples from all walks of life work through these questions every day: “Do you want kids?” “Should we have another?” “What if we’re not ready for it?”

For some couples, a vasectomy was an ideal option for family planning at a certain stage of life. Maybe they initially thought they wouldn’t want kids at all. Or maybe a couple who has been together for a long time decides that x number of kids is enough. Whatever the situation, a vasectomy can be a very safe and unobtrusive form of birth control, especially when the female partner may have difficulty with other forms of birth control.

But as with all plans in life, sometimes they change. Sometimes the circumstances and feelings and attitudes that surrounded the initial decision to have a vasectomy change and evolve. In those times, the couple may start to ask: can we have vasectomy reversal surgery? Will it work? What are the success rates?

What is a Vasectomy?

But before you can know if it can be reversed, it’s good to understand exactly what is involved. A vasectomy is an elective microsurgical procedure that functions as a means of male sterilization. Compared to surgical options for female sterilization, a vasectomy is a relatively safe and painless way to prevent pregnancy without the need for birth control medication or contraceptive barriers like condoms.

The vasectomy procedure involves severing the vas deferens, a pair of male reproductive ducts that carry sperm from the testes to the epididymis and then out through the urethra during ejaculation. By severing and sealing (often through tying) the two severed ends of the vas deferens, sperm cannot leave the body and therefore can’t be passed to the female body.

There are generally two methods doctors use to perform the vasectomy: conventional and “no-scalpel.” The conventional method involves two incisions in the scrotum to access the vas deferens of each testicle; the doctor then proceeds with severing the tube and either ties or cauterizes it. The “no-scalpel” method is the preferred method in recent years and involves making a tiny hole in the scrotum rather than two incisions with a scalpel; this method tends to have less bleeding.

The procedure is usually very simple and can even be completed in less than thirty minutes. The recovery time is similarly brief, and most men can return to normal sexual activity within a week. Surveys and studies have shown that this form of contraceptive is extremely reliable, and it is very rare for pregnancy to occur after the surgery is complete.

What is a Vasectomy Reversal?

Even though men are typically counseled extensively about the permanence of vasectomy surgery, sometimes a desire emerges after the fact for the procedure to be reversed. There are a variety of reasons why couples may want to explore reversing the original vasectomy. For example:

Depending on the method that was used in the initial vasectomy, the reversal surgery involves reconnecting the severed vas deferens so that sperm can again flow freely from the testes to the epididymis and onto the urethra.

Just as with the vasectomy itself, the reversal surgery is an outpatient procedure that typically utilizes local anesthesia (in some cases general anesthesia is used). The surgery usually takes 1-4 hours to complete, and patients are able to return home the same day. Recovery time is minimal, and it typically only requires a brief follow up to check the incision site. Here are a few other recommendations your doctor will likely make for the recovery process:

After the initial recovery, an analysis of the patient’s semen will occur approximately 3 months after the reversal surgery has been completed. The doctor will verify that sperm has indeed started flowing through the urethra and is present in the ejaculate. And for most patients, this amount of time is sufficient.

How Effective is this Procedure?

In the past, a vasectomy reversal procedure (also known as a vasoepididymostomy or epididymovasostomy) was a type of microsurgery without much precedent - and likewise without reliable success. But in recent years, advances in microsurgery have enabled doctors to greatly improve the success rates of both the initial vasectomy and a reversal when it is chosen by the patient.

The ‘success rate’ of a vasectomy reversal is generally measured in two ways: patency rates and pregnancy rates. Patency in this context refers to the openness of the vas deferens and the amount of motile sperm in the ejaculate. Recent studies have shown that 95% of men had sperm present in their ejaculate within 6 months.

The other main measure of having a successful reversal (and arguably the most important) is pregnancy. Studies in this area have varied widely, but the success rate (a successful pregnancy) has been observed as 30-70% when the reversal is done within 10 years of the original vasectomy. Indeed, the central factors in whether a pregnancy can result after a reversal are the age and fertility of the female partner.

The good news is that there are very few medical risks to the men who opt for vasectomy reversal surgery. Other than the potential for a lower sperm count, there are a few potential side effects of the surgery itself:

The primary “risk” of the reversal procedure is that it just doesn’t work; in this instance, failure means that sperm continues to not substantively flow into the ejaculate even though the vas deferens may have been properly reconnected. This can happen for several reasons, including a build-up of scar tissue in the vas deferens, effectively blocking the sperm. Also, in some cases, the man’s body will develop anti-sperm antibodies that actually impair the sperm’s ability to swim or to interact with an egg.

As mentioned above, the other risk stemming from the procedure is that the desired pregnancy doesn’t happen, even after all the cost and effort. Even though the results have improved as microsurgery becomes more sophisticated, there is always a chance that the many factors involved in getting pregnant won’t align in the desired way. While the risk of failure isn’t necessarily a reason to eschew a vasectomy reversal, it is important to keep these facts in mind.

Even though there are some risks and potential complications, the bottom line is that a skilled and qualified urologist has a high likelihood of succeeding at reversing a vasectomy if the desire is there. Be mindful of the risks and chances of success, but also make a decision based on the best choice for your family.  If you are interested in getting more information about a possible vasectomy reversal, contact the Mississippi Urology Clinic to speak with the highly trained and professional staff. The experienced and board-certified doctors are trained to use the latest and most advanced healthcare procedures.