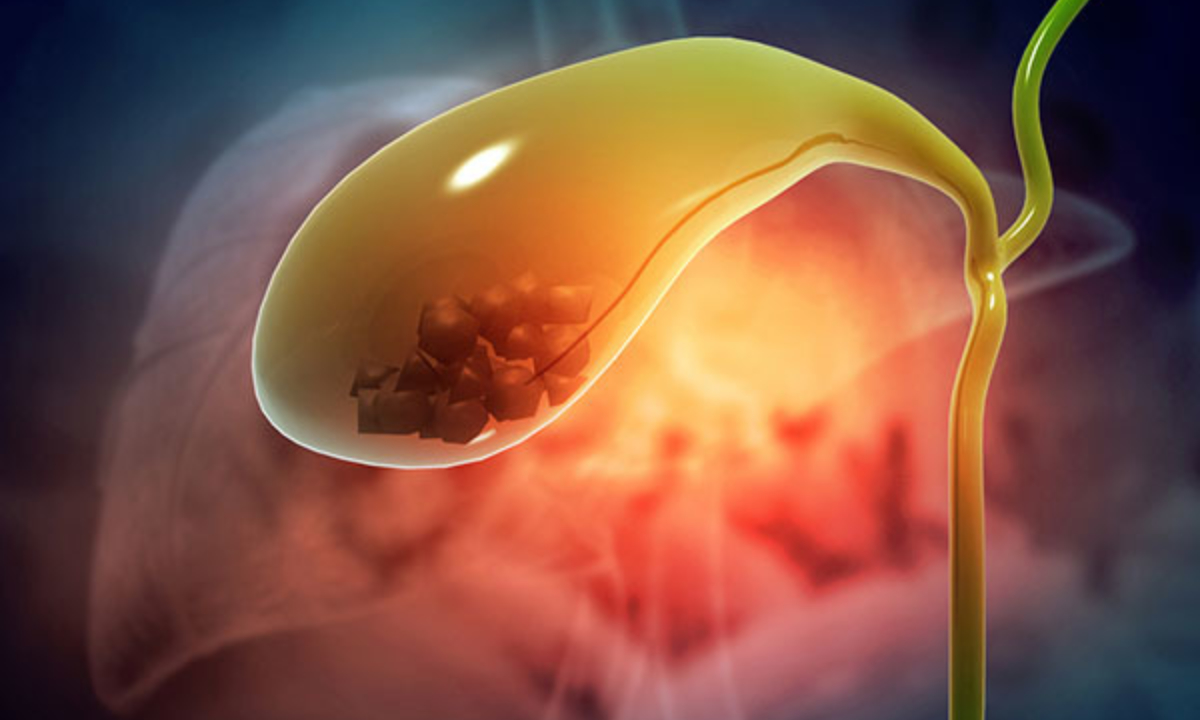 Gallstones, or gallbladder stones, are prevalent and often painful conditions that consist of a solid mass of crystals within the gallbladder. This article will explore what gallstones are and how they affect your gallbladder and overall health.

Who Can Be Affected By Gallstones

Gallstone affects about 10% of adults in the United States and is more common in women than men. Gallstones can be caused by multiple factors that include obesity, rapid weight loss diets, pregnancy, certain medications, and genetics.

The gallbladder is a small organ that stores bile made by the liver. Bile helps the body digest fats. When gallstones form in the gallbladder, they can block the flow of bile and cause pain. The gallbladder may also become inflamed.

A gallstone is formed when bile (made in the liver) hardens into small stone-like pieces inside the gallbladder. Gallstones usually consist of cholesterol; however, they also contain calcium and bilirubin, which gives it its dark brown color.

Gallstones form because too much pigment in bile and not enough bile salts. Gallstones can also form if there is a problem with the system that moves bile through the gallbladder or conditions such as obesity that makes it difficult for the Gallbladder to push Gallstones out.

Gallstones symptoms include pain in the upper abdominal region, which can become sharp when a person is hungry or during a bowel movement since bile will flow through the gallbladder.

Symptoms are often caused by the Gallstones' inability to flow freely through the bile ducts, thus creating pain in the gallbladder area, which can last anywhere from hours up to days depending on how big the Gallstones are.

The treatment of gallstones varies depending on how big they are, if they have formed an infection, or are obstructing the gallbladder. Gallstones can be treated by medications or surgery.

In the past, gallbladder surgery was often considered a last resort. Today, if gallstones are causing gallbladder disease, gallstone surgery is one of the best ways to treat gallbladder problems.

Gallstones do not go away on their own; most cases require removing the Gallstones or bladder. Gallstones can lead to complications such as gallbladder cancer and jaundice if left untreated.

When To See A Urologist

Doctors usually recommend you see a urologist when your gallstones cause signs and symptoms such as chest pain, abdominal pain/tenderness, and fever. Gallstones can cause gallbladder problems (such as Gallstones blockage), inflammation (cholecystitis), gallbladder cancer, and liver cancer.

No matter what kind of stone is causing pain to either Kidney or gallbladder Mississippi Urology Clinic Can Help, please feel free to contact us and set up an appointment with one of our professional Urologists. Keeping your down there free of pain and infection is what we do.